Want to become a Connections Ambassador? Click here to fill out our short application form 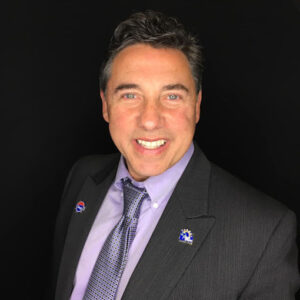 Scott started his own firm in his home town of Coral Springs in March of 2000. Scott and his wife, Brenda, have raised their five children in Coral Springs. Scott also is serving a fourth term as Mayor of Coral Springs after first being elected to the City Commission in 2002. Scott prides himself on aggressive advocacy, his accessibility, and the great teams he has been able to assemble over the years.

Scott’s top priorities are helping families in the community and doing everything in his power to lift others and the mental wellness of any community he connects with. He is the founder of Project Leadership, the Veterans’ Networking Alliance, and the Mental Wellness Networking Alliance.

Scott gives his clients and residents his cell phone number and is grateful for the support of his wife to allow him to work with so many great people in the community, including his fellow commissioners.

On a personal note, Scott and Brenda have four grandsons, they love to travel, and Brenda claims to be much funnier than Scott.  Scott reluctantly concedes that the community would probably agree with Brenda. 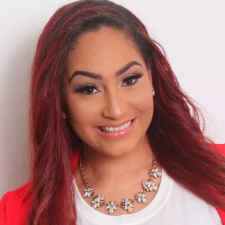 There is always more than a title that makes a person. Meet Jenny Thelwell. She has many roles to accomplish every day – Life coach. Doctoral student. Educator. Mother. Wife. Daughter. Sister. Friend. Soldier. Survivor. Child of God. Her first book, Pressure Point, is Jenny‘s transparent memoir about how she learned to convert trauma into victory. A survivor of sexual abuse, Jenny lives to teach others how to progress from victim of any circumstance to victor. ​ Jenny’s life experiences built the foundation for Revolutionary Diamond and Revolutionary Diamond gave Jenny the platform to be a life coach and change lives with her story. With a passion for expression , Jenny not only published her first book, Pressure Point, but she took it a step further and became a Writing coach, to help women like herself write their masterpieces with confidence. ​ Your story is more important than you know and sometimes it just takes the right person to listen and an even more courageous person to tell it. The time is NOW ! We all have a story to tell. What’s yours? 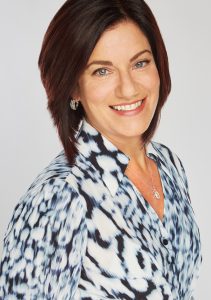 When I first met Mindy, there was something about her that resonated with me long beyond our brief time spent together. It is not every day that you have a chance to meet someone with a passion and drive like hers. I immediately knew she was who I would align with when the time came that I could give back in an impactful way. As I reach my third year as a Realtor, my business has grown to a level that enables me to consistently contribute to bettering others. Having previously worked as a Healthcare Recruiter, I understand and appreciate the end goal of what Pathways does and remain in awe of the concept. Putting people to work despite any obstacles is both fulfilling and challenging. The hope you instill for the future of your clients is a gift like no other. My goal is to support a local non-profit to affect a positive outcome in your community.

As an Ambassador, I intend to provide support by sharing the details of your commitment with my network of friends and colleagues, and through various efforts to raise awareness of your Mission, encouraging donations, contributions, and potential for developing additional Ambassador affiliations.

At ScentsAbility, our company’s mission is to provide job training, employment, and supported housing for adults living with intellectual and developmental disabilities (I/DD). We help our artisans realize their full potential and create beautifully crafted artisan scented candles. We founded ScentsAbility in 2009, based on a mutual love for our daughters with intellectual and developmental disabilities (I/DD). When individuals with I/DD finish high school, they are faced with distinctive issues such as loss of federal funding, an increase in isolation, and limited choices for a purposeful day…. 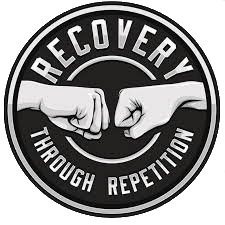 Our mission is to connect those in the recovery community through a shared passion for fitness, fellowship, and service. These three pillars address the physical, emotional, and spiritual components of our three-fold disease. Our intention is to create a safe and supportive environment for anyone affected by addiction. RTR is a home away from home. We provide a range of workout classes and opportunities for community involvement, open to anyone. We aim to be an example to the community of what recovery looks like, through bringing together a diverse group of individuals committed to doing the next right thing. The disease does not discriminate but we do recover. We seek to identify and support individuals with an enthusiasm for a career pursuit, fitness or otherwise, by providing scholarships for certifications and personal development. Our hope is that these individuals will use this opportunity to not only thrive personally, but also pay it forward. Whether attending a yoga class to further self-awareness, engaging in a HIIT class to release endorphins, or participating in a volunteer outing to give back, we repeatedly emphasize the principles of love, unity, and service. 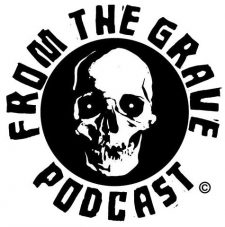 Scott Russell - CEO - From The Grave

I am very proud to introduce our first Ambassador, founder and creator of From The Grave podcasts and clothing line, Scott Russell. Scott shares his passion for art, fitness, and the importance of community through his clothing line and podcasts. His clothing line is a brand with a PURPOSE, crafted of spiritual thread and each design has a message. We wear the spiritual message of recovery to help others rise from the grave and 10% of profits are donated to recovery community in various ways. Scott and I have been collaborating on helping individuals in recovery gain employment for over three years. Scott Russell is a recovering addict who has experienced his share of torture under the weight of the disease of addiction. He’s passionate about sharing hope through writing about his experience. Scott is the founder and CEO of From The Grave Clothing, Co.. His aim is to bring spirituality to the front lines via clothing and use proceeds to sponsor those afflicted through treatment. Listen to his podcast featuring our very own Mindy Sherman by clicking the link (and don’t forget to Subscribe!): https://www.buzzsprout.com/…/2699899-episode-34-mindy-sherm….

MWNA holds a vision of a world where mental and physical wellness are equally vital. Our mission is to educate our community about suicide prevention and break the stigma of mental health challenges, providing resources to those seeking help is essential to what we do. Shortly after the second teenager was lost to suicide in the aftermath of the tragic shooting at Marjory Stoneman Douglas High School on February 14, 2018 that rocked the communities of Coral Springs and Parkland, Florida, Coral Springs Mayor Scott Brook formed a mental wellness networking alliance with several other community leaders. As he had lost his own mother to suicide when he was 23 years old, he felt compelled to do something for and with the community in order to save lives and promote awareness of mental health resources in order to break the stigma that’s often associated with getting mental help.

BRCAStrong is a 501(c)3 non-profit organization aimed at supporting women who have been touched by breast and/or ovarian cancer. From financial support to routine monitoring or preventative surgery, BRCAStrong helps Previvors, Thrivers, and Survivors through the journey toward health, positive self-image and inspired living. The mission is simple: to alleviate the emotional and financial burdens of women facing breast and/or ovarian cancer (regardless of genetic predisposition) through advocacy, direct assistance, empowerment and events. Founded by Tracy Milgram-Posner in 2015 after being told that she carries the BRCA2 mutation, BRCAStrong started out with a main focus on helping women with BRCA1 and BRCA2 genetic mutations. Over the years, BRCAStrong has evolved into a sisterhood of Previvors, Thrivers and Survivors that offers education, information, support and advocacy for women who are uninsured or under insured, by women who care. Support comes in all forms , from post-mastectomy garments and prosthetics, to lymphedema sleeves and other treatment necessities; and is provided at zero cost to recipients.

Most companies mass produce and fill their products with chemicals and harsh abrasives which leads to dry & damaged skin & hair. Quality should never be a compromise. No matter what skin care product you’re looking for, we guarantee our product 100% We’ve got you covered from head to toe! You create your own products to match your mood by choosing scents you love. Our shampoo, conditioner, body scrubs, whipped soap scrubs , body butters, and all natural organic skin care products. Most products can be customized to what you like! We strive to stock a wide variety of items so you can always find something new & exciting on our website. We look forward to helping each and every one of you #CreateYourOwnKarma. While shopping with us, we want you to be completely happy with the experience. If you have questions about us, our products, or even shipping, get in touch! Special orders available upon request. We also do private parties such as bridal showers, baby showers and birthdays. Party favors available. 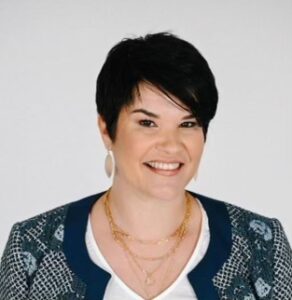 My MKLife is the area of my life that always brings me joy. I LOVE putting a smile on each woman’s face. As my customer, you can create your ideal beauty experience. I offer personalized service that fits you. Just tell me if you’d like a one-on-one consultation, a party with friends, a virtual party, makeup tips, skin care advice or free samples. You can always try before you buy. I’d love to help you with any or all of your beauty needs. Let’s talk! Every woman should feel special! I love being able to share healthy skin care tips, color application and empower women! When we care for ourselves, we are better for those we love! I service customers throughout the US and locally in South Florida. 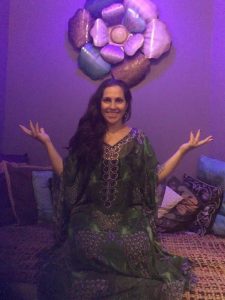 Tecia is a Sivananda Yoga Instructor certified with Yoga Alliance as a RYT-200. Tecia is also a Reiki Master, Crystal and Vibrational Healer. She uses the Crystal and Tibetan Singing Bowls, Crystal Harp and some musical instruments to help others raise their physical and spiritual energy. Tecia holds her practice here in the USA and in South America. She is also available for private sessions. VEGAN For Life!